Bring Food Donations to TD Bank Ballpark on June 30
OAKLAND, CA - DECEMBER 18: Canned food that will be packed into boxes for needy families is seen on a packing table at the Alameda County Community Food Bank December 18, 2008 in Oakland, California. As the economy continues to slump, food banks across the country are seeing a surge in demand that is not being matched by donations and leaving some people short of food during the holiday season. (Photo by Justin Sullivan/Getty Images) 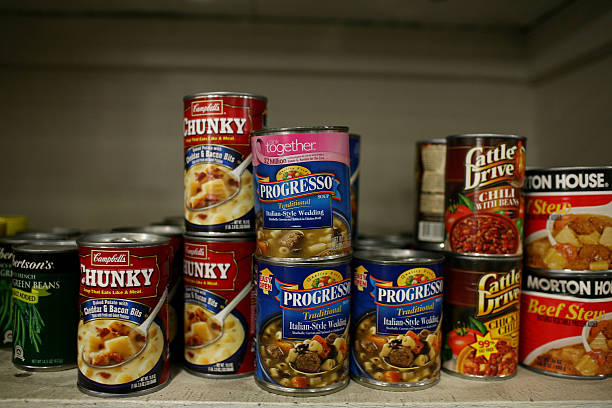 BRIDGEWATER – Freeholder Director Brian D. Levine invites baseball fans to step up to the plate and help the hungry in Somerset County by bringing canned food donations to the June 30 game at TD Bank Ballpark.

The Somerset Patriots will play the Long Island Ducks on Sunday, June 30, starting at 1:05 p.m.  A table staffed by Curbing Hunger Inc. volunteers will be set up near the turnstiles at the ballpark entrance starting at noon.

Anyone bringing at least one can of food will receive a ticket voucher for that day’s game. Pre-paid ticket holders can redeem the voucher for another game during the 2019 season.

The food collection at the ballpark is being held as part of the 25th annual Curbing Hunger Month food drive in Somerset County.  The Somerset County Board of Freeholders has proclaimed June as Curbing Hunger Month and encourages county residents to put canned food donations in plastic bags at the curb on their regularly scheduled recycling days throughout the month and all year.

Donated food goes to the Food Bank Network of Somerset County, the Franklin Food Bank and other local food pantries. There also is an easy online-donation option at www.CurbingHunger2019.org .